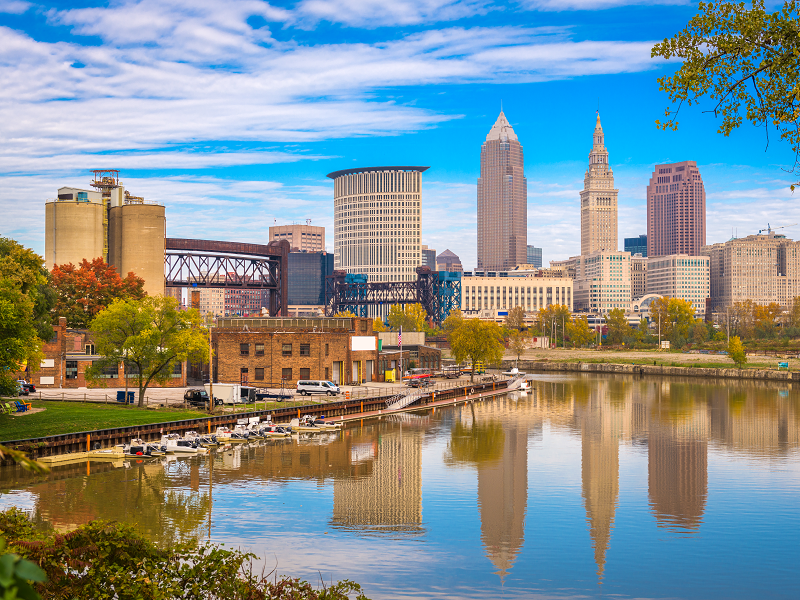 2014 NAIOP Mixed-Use Transaction of the Year

MCPc Family Charities tasked Allegro with identifying a location for a new waterfront property that would act as a year-round boathouse, training facility, and fitness center for youth and collegiate rowers and sailors in the Cleveland area. Initially, Allegro began looking at any and all available properties along Lake Erie and the Cuyahoga River; however, there were no immediately available, viable options.

Because there were no suitable prospects on the market, Allegro began exploring off-market opportunities. After a thorough search, Allegro identified a large riverfront site owned by Pipeline Development Corporation, who had been headquartered on Cleveland’s Columbus Peninsula since the mid-20th century and had recently moved. Though the company was no longer occupying the property, it was continuing to lease the space to third party tenants.

As the property was not on the market, the current owner, who had a lengthy history and emotional connection with the site, was not committed to selling. Allegro and MCPc Family Charities worked together to educate the owner on what the project would mean to the developing area and the positive impact it would have on Northeast Ohio’s youth. Allegro also assisted in putting together a compelling contract with unique terms in order to entice the owners to sell.

MCPc Family Charities successfully acquired the 100,000 square foot property, which is comprised of 12 buildings sitting on 4 acres of property with access to 700 feet of river frontage. Allegro facilitated the performance of all due diligence throughout the transaction, as there were considerable title, survey, regulatory and geo-technical issues that needed to be addressed before the deal could close, as is common in the riverfront Flats area of Cleveland.

MCPc Family Charities remains committed to recognizing and honoring the heritage of this property — which is why it was aptly named “The Foundry.”   The Foundry has already converted one of the warehouse spaces and has plans to develop the surrounding buildings by installing rowing tanks (for year-round use), a fitness center and banquet hall. This type of facility, and the equipment it boasts, is completely unique to Ohio. Allegro is proud to have worked on a project that will not only contribute to Cleveland’s waterfront development, but will have a positive impact on the health, fitness and learning experiences of the region’s youth.